How to improve AP History in JeffCo Schools

(We received this letter originally on our Facebook page.  It has been reposted here with permission from the author.)

I know that you have your hands tied at the moment, dealing with wayward faculty and disobedient youth. I want to do my part and take on the responsibility of some of the important tasks that you poor, beleaguered officials have on your “to do list.” I have already started to compile a list of potential edits – or let’s call them “improvements” – to be made to future AP history textbooks. I just started today, so the list is short. With you as my inspiration, I plan to provide more improvements that will greatly benefit the impressionable minds of future Americans. Through our shared efforts, we can teach our youth that the U.S.A. is the greatest thing to happen to God’s green Earth. 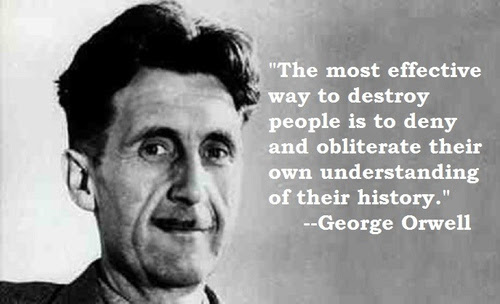 In all seriousness, if you think that the teaching of history demands a specific lens – whether it celebrates patriotism or downplays disobedience – you don’t want history; you want propaganda. Totalitarian regimes understood that controlling the past meant controlling the present and shaping the future.

I refuse to buy into any of your rhetorical spin. If you actually read the course curriculum guideline, you will see that the College Board is encouraging the teaching of history as it should be taught: the critical analysis of the ever-changing patterns found within human civilization, not the mindless memorization of dates, people, and events. I hated history because all I got was the latter when I was a student in the very same school district you govern. In middle school, I was forced to pretend that I was a historical figure – wearing era-appropriate garb and all – and mindlessly drone on about his accomplishments in front of my class. I retained nothing and despised the subject matter. If it weren’t for some great history teachers later in life, I might have avoided the topic entirely during college and missed out on what is truly a lifelong passion of mine.

What is going on in Jefferson County is actually a microcosm of a larger takeover of school board governance by ideologically-narrow zealots like you. You are a part of the same narrow agenda that suggests “intelligent design” belongs alongside evolution in science textbooks and “American exceptionalism” is the most important lesson in the history of our glorious, infallible nation. (If you are looking for more suggestions on how to further botch education, may I recommend watching “The Revisionaries” on Netflix?)

I encourage you to listen to the concerns of your students. They are demonstrating one of the most vital and patriotic activities that history teaches us: dissent. If not, I hope the JeffCo voters relocate you to the dustbin of history where you belong.